Willy Wonka & the Chocolate Factory, staring Gene Wilder was released in 1971, which was the golden era of children’s entertainment by Warner Brothers.  I feel like this one lends a specific simplicity that cannot be understated in regard to the fact there is a good sort of simplicity, the kind of simplicity that makes you feel warm and cosy rather than creeped out,like the Tim Burton one of later years.  I feel like this one kind of has a warmth and lends a certain charm to itself, whereby the one directed by Tim Burton has specific other quirks which the movie itself can be attributed to it when it comes to Tim Burton.  However, this one, originally released in the 70’s as I say has a warmth and a simplistic feel that makes you feel cosy and safe.  I feel like all of the child actors do a fantastic job, I feel like the exposition in the movie is fantastic, the explanation of the punishments that the children go through for being bad are again quite simple but that’s got to be attributed to the products they had available to them at the time of filming.  However, that doesn’t take away from the brilliance of this movie and the absolute cracking performances by the actors and actresses that star in this movie alongside Gene Wilder.  Therefore, I feel like this movie is an absolute classic and anyone that hasn’t seen the original Willy Wonka & the Chocolate Factory released in the 70’s should watch it before they watch the reimagining by Tim Burton, I feel like it lends a stark perspective to one another and makes you appreciate the older directing style.  Although I will say the Oompa Loompas are a bit creepy, they look like they’ve dipped their face in carrot juice but besides that small fact the movie kind of has a certain type of charm to it.  Again though, the Oompa Loompas really do look like they’ve dipped their face in carrot juice and are covered in flour with their dungarees on.  If you enjoy family feel good movies, I would watch this one first and I feel like any family that want to just snuggle up and be safe and warm together will enjoy this movie on a Saturday afternoon as it seems like such a great Saturday afternoon sort of movie.  I give it 4 out of 5 all together. 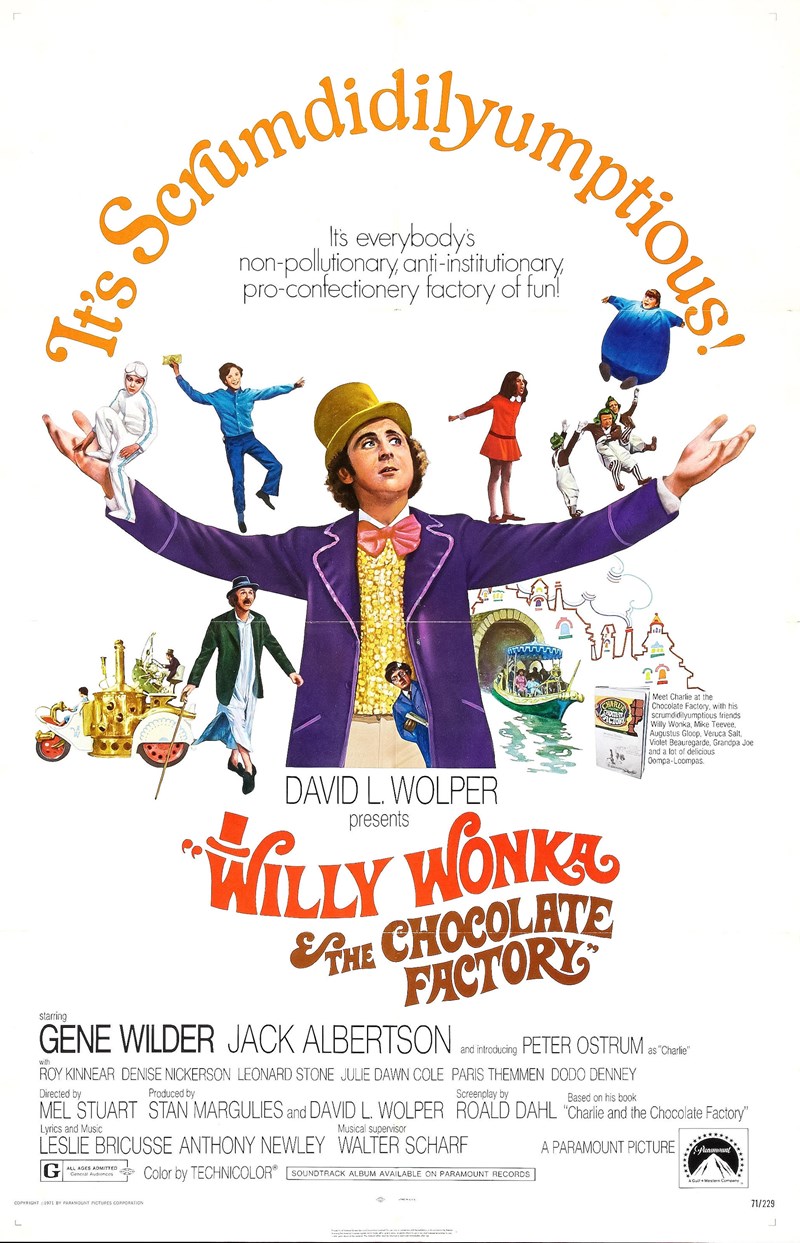